“Shiyin Tech” (时印科技) is producing 3D food printers that will allow you to create your own dream dessert.

Maybe you haven’t yet heard about it, but 3D food printing technology is fast developing. Customizable, printed foods include a variety of chocolate, candy, and even pizza. For this area, Australia’s Canberra University Creativity and Cultural Studies Center even conducted a study to gauge the public reaction and interest in 3D printed food.

“Shiyin Tech” (时印科技) from Hangzhou is a tech company that uses 3D printing technology to conduct the digitalized manufacturing of customized food. CEO and founder Jingyuan Li told us that 3D food printing technology was first experimented with in 2013, and has developed rapidly since 2015. Shiyin Tech is one of the earliest companies in China to focus on the 3D food printing business. 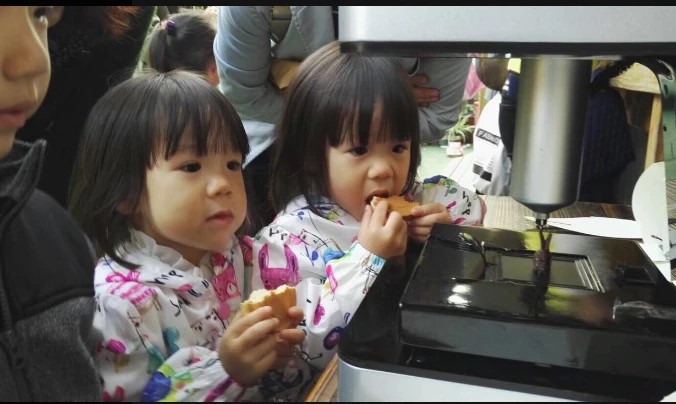 Throughout the entire whole operation process, the user only needs to scan a QR code, choose the material, the style (or DIY), and process payment. Desserts take around 3 minutes to print and finish. The average price of these desserts is around 2-4 dollars.

Currently Shiyin Tech supports dozens of dessert materials, ranging from chocolate, egg yolk, lotus batter, cheese, butter, jam, etc. In terms of 3D dessert modules and selections, a user can choose from existing modules or create modules themselves. Users can even directly upload images, and the system will automatically conduct 3D modeling for it.

The hardware portion of their 3D dessert machine was not developed in-house by Shiyin Tech, but the some of the core technologies such as the consistent temperature controlled printing technology and some of the raw materials were all developed by the team. Currently, Shiyin tech has 15 patents for their machine. In terms of specific parameters, Shiyin Tech’s machine print with up to 0.4mm of precision and with less than 0.1 degree C in temperature control deviation. 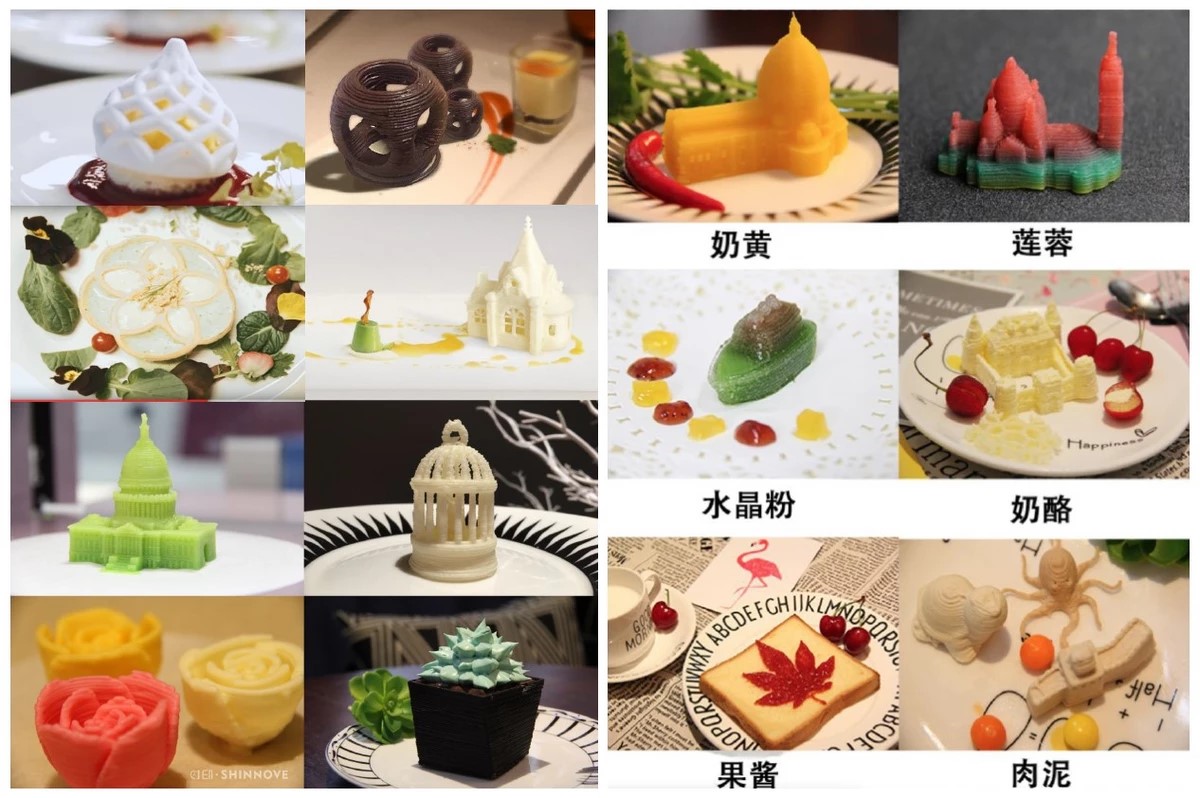 With regards to marketing, Jingyuan Li believes that the current trend of New Retail has a very parallel and beneficial influence on the demand for 3D dessert printing machines. To utilize this current trend, Shiyin Tech has adopted a distributor business model. The company has upgraded many local and regional distributors with their products. The service is primarily available in malls, scenic areas and the waiting areas of restaurants. Shiyin also has corresponding test data according to these three test environments. According to the weekly income data, it will take 4-5 months on average to retrieve the cost per machine.

Since oversea countries have a higher acceptability of 3D printed food, Shiyin Tech’s 3D dessert machine has had stable sales in the foreign markets. For its next steps, the company will focus on promoting their domestic channels. To do this, the company has opened a new Pre-A round of financing, with plans to acquire 5 million RMB. The funding will be used in marketing, production, operation, and technology development.